Instructors and launch monitor experts are promising golfers extra yards if they can execute an angle of attack (AoA) that is positive, or up at impact.


So what is the ideal AoA number? According to the TrackMan Optimization Chart, if a golfer’s AoA is 5 degrees down and their swing speed is 105 mph, their potential carry distance is 260 yards. But if golfers change their AoA to a positive 5 degrees, they can increase their carry distance to 288 yards. That is a significant difference just based on changing AoA.

So if TrackMan recommends a positive angle of attack, then why is it that the PGA Tour average AoA is 1 degree down? The answer is simple; it’s because of geometry.
A change in angle of attack also alters a golfers club path. For example, the more a golfer hits up on the ball, the more his or her club path becomes out to in. And the more a golfer hits down on the ball, his or her path becomes in to out.

So if a golfer’s swing direction (the direction the club is moving toward the ball) is zero, or down the target line, but he or she hits up on the golf ball 5 degrees, the club path becomes out-to-in 5 degrees. That means if that golfer’s club face is square to the target line, the ball will start on the target and then fade. So even though the golfer was potentially increasing distance by hitting up on the ball, he or she may not be as consistent.

I recommend an angle of attack that is between 3 degrees up to even 1 degree down depending on the player. The reason I look for an angle of attack of positive 3 degrees to negative 1 degree is because it allows golfers to maximize their distance by hitting up on the ball without losing consistency. If a golfer has an angle of attack of positive 4 or more, he or she has to shift the base line alignment, or swing more in to out to compensate for the AoA.
A great drill for golfers to start to hit slightly up on the ball is to move their ball position more forward in their stance and tee the ball higher. The goal is to clip the top part of the tee and make a solid strike on the ball. If they cut the tee in half from that position, they are pretty close to level to the ground or slightly up. This is a good starting point to begin hitting up on the ball and still maintain consistency to hit more fairways.

I know we all have heard that “high launch, low spin” will create maximum distance, and the best way to achieve those launch conditions is to hit up on the ball. And that may be correct. But if a golfer cannot control his or her accuracy, then distance doesn’t really matter. Golfers can maximize their distance with an attack angle of 3 degrees up and maintain consistency by not altering their club path too much to be a great driver of the golf ball.

I think it’s clear to say Tour players can hit down on their drivers because they have enough club head and ball speed to generate sufficient distance to play the courses they do, but the average golfers can benefit from a positive attack angle, just as long as it is within the recommended window.

Subscribe to our blog to keep learning and improving your game.
Want to learn more? Click on below to watch video tips, instruction, and more. 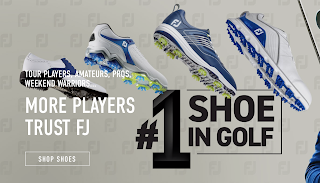 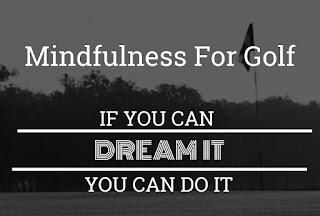