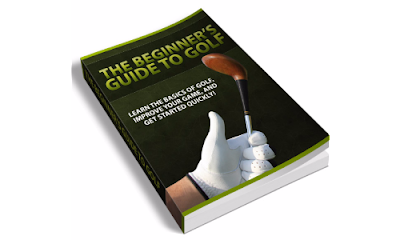 There are numerous golf terms that are used in almost every game that is played, yet often it is virtually impossible for someone who is new to golf or just does not understand golf to understand the terminology. Some of the most popular terms are listed below to ensure that you know exactly what is being said while you are out on the green.  Of course, this list is not absolute, but this list will help you get started successfully.

Back Nine: This is the last set of 9 holes that are on the golf course.  This is determined by the order that the course is played in.  For example, if you start playing on hole 1, the back nine would refer to holes 10-18.  However if you started playing on the 10th hole it would actually refer to holes 1-9.

Bogey: This is a score that comes in a single point over the par.  For example, if you are playing a par -3 hole then a score of 4 would be a bogey.  In going further, anything that was a par -5 would need a score of 6 to be a bogey.  This is just an example and is not restricted to only certain pars.

Bunker: This is what is created as a depression in the ground that is generally filled in with sand, which provides a greenside hazard that needs to be avoided.  While the bunker typically shows up in the greenside, it is possible for them to also along the fairways or even beside the fairways.

Green: This is what the very end of a hole is call where the flagstick is located.  This is typically, where you will putt out the rest of the hole.  The shape can vary, however most are either oblong or oval shape.

Handicap: This is an indication of the overall playing ability that a player has.  It is generally compiled based upon the last several scores that have been played as well as the course rating and the slop ratings that accompany the courses that were played.  Generally, someone who has a typical average of 10 over par will have a slightly better handicap.  In terms of handicaps, someone with a 2 is better than someone with a 3 or higher handicap.

Hole: This is the exact area where the flagstick resides to mark the exact location of the hole on the green.  In addition it is also often referred to as the as the specific hole on a course ñ for example a golf course typically has 18 holes.

Over par:This is the term used to describe any score that comes over the par for the course or even the individual hole.  An example would be a score that was 5 on a hole that was a par -4.  This would result in an over par.  However, while this can refer to just a specific hole it can also refer to the entire course as a hole as well.

Par: This is considered the expected number of strokes in which it takes to actually sink the ball.  To determine the par you should take at least 2 for putts, then add strokes based upon the length of the green.  Very long greens will require higher values.  A very long green would allow a par of 5 for example, while a short green would only allow a par 3. The par number is generally added both for the individual hole as well as for the entire golf course as well.  This allows players to see exactly what they are looking at distance wise before they even begin playing.

If you would like to learn more about the game of golf than click here to Check out "The Beginner's Guide To Golf" to learn more and also receive a free 7 week eCourse.
Golf Swing Basics