Gary Woodland is in the Winner’s Circle as the 2019 U.S. Open Champion! Woodland played Pebble Beach as if it was a regular tour stop. He kept to his game, played to his strengths, and didn’t let the nervousness of a major get to him. As he approached the par 5 18th tee all he had to do was make a bogey to claim the title. Gary went for it and ended up making a birdie to win by 3 shots over Brooks Koepka. Not bad for a former college basketball player. 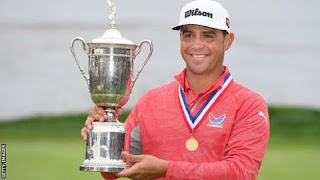 There were limited stats this week due to the fact that ShotLink was not on the course since this was not an offical PGA Tour event. The U.S.G.A. did offer some stats for the rounds and Woodland did not excel in any particular catagory but was good enough in all of them. Which is normally the case when it comes to winning a major. Pebble isn't a really long course relative to the PGA Tour standards but it is the U.S. Open so it requires you to keep the ball out of the rough. Woodland hit 71% of his fairways and averaged 310 yards off the tee. This allowed him to be number 1 in Total Strokes Gained. In addition, he was able to hit 72% of his greens in regulation which kept his big numbers down.

Gary Woodland is known to be a long ball hitter, but what is not often talked about is how straight he hits the ball. In the past he hasn't been able to hold his swing together to finish a tournament and falls off in the final round. He has proved that is not the case anymore in 2019. His game is really coming together and his golf swing is so solid along with a great putting stroke. Take a look at Woodland's swing and see what parts you should copy and add to your swing today! 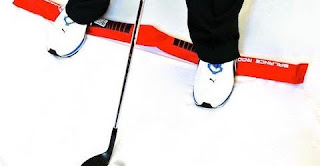 If you want to improve your balance the Balance Rod is a great training aid to feel balance through out your swing. Click here to receive an automatic 10% discount or use promo code gbgolf.